The majority of African species are under threat of extinction. The human-wildlife conflict, illegal poaching and trafficking, as well as lack of education are just some of the causes. Nature photographer, Romain Charrier explores the challenges of big cat conservation, as he embarks on a journey to Namibia in collaboration with the AfriCat Foundation.

The more you know about a species, the more you understand about how better to help protect them.
– Alan Clark

It was May 2018, when I first embarked on a plane from my hometown in Nantes to Namibia. Following in the footsteps of wildlife conservationists, I was traveling with a mission: to work with the AfriCat Foundation, documenting their conservation stories with my camera.

For years, I had dreamed of witnessing the wide variety of species that inhabit this fascinating region. From lions, elephants and springboks, to hyenas, wild dogs and baboons. Witnessing the wildebeest, zebras and DikDiks (tiny antelopes). And seeing the symbol of Namibia – the oryx antelope, which is renowned for its bravery, elegance and pride.

Even more so, I had a thirst for knowledge. As the majority of African species are currently under threat of extinction, I wanted to vouch for wildlife conservation. To acquire the necessary skills to raise awareness and defend our natural environment. And after one year of hard work, I had finally arrived. At Okonjima Nature Reserve – the base of the AfriCat foundation. This is where my journey started.

BILD RECHTS: In the bush, specialists educate people on their conservation programs and tell stories about the AfriCat Foundation and the Okonjima Nature Reserve. Here, a guide explains to the tourists how the 22 Hectare reserve has been created. | © Romain Charrier

The Story of AfriCat

The AfriCat Foundation is a Namibian non-profit organization. Born in the early 1990’s, its mission consists in the long-term conservation of large carnivores, especially big cats. Additionally, the teams are also dedicated to protecting a variety of animal species, which are crucial to Namibia’s ecosystem.

AfriCat primarily started as a welfare organization. In the meantime, its focus has shifted on educating Namibia’s young generations, school children and traditional farmers. From working with farmer communities, to mediating human-wildlife conflicts and tracking/monitoring the animals, teams of specialists work hard on enabling a peaceful co-existence between locals and big cats. Besides research projects and the communal carnivore conservation program, tourism also plays an important role for AfriCat. The latter allows the NGO to conduct its research via income generated from tourist activities.

AfriCat is linked with the Hanssen family. After farming on their cattle ranch, southwest of Windhoek (capital of Namibia), the family settled on a central Namibian farm called Okonjima in 1970. They continued to make their living raising Brahman cattle. For many years, the cattle grazed the plains. However, the Hanssen family frequently endured losses from carnivores. Consequently, they strived to find alternative solutions to regulate the impact of predators on their cattle. Trophy hunting was one of them.

BILD OBEN: A 9-month-old leopard having a break while enjoying its kill (here a warthog) before taking it on top of a tree to isolate its prey from potential predators and scavengers. | © Romain Charrier

As the family developed a stronger bond with the Namibian wildlife, they witnessed the death cycle, loss and degradation that the trapping, shooting and hunting of big cats caused. Wayne Hanssen wanted to do better. He committed himself to create a symbiotic relationship that would benefit all living species in Namibia. Through commitment and hard work, the family changed their focus. Instead of farming, they created a private nature reserve, stretching 200 square Kilometers across Okonjima. Their objective: to restore the land and protect big cats from harm.

Financing conservation and education projects was a challenging feat. Therefore, to help people understand the animal kingdom, the Hanssen family initiated a tourism program at their reserve. In the current day, Okonjima is recognized as the epicenter for large carnivore sightseeing and conservation education.

BILD LINKS: Conservation Through Education is one of the programs executed by the teams at AfriCat. Here, a group of children visits AfriCat’s facilities and gets informed through their education program. | © Romain Charrier

BILD RECHTS: Kapirika, guide from the AfriCat Foundation, using his radio-telemetric device. Here, he is trying to spot leopards that have been equipped with a collar. A very useful means to conduct research in the wild. | © Romain Charrier

Waking with the morning sun, I traversed the bush on a daily basis. My routine consisted of observing and studying animals alongside specialists, such as veterinarians, biologists and guides. My purpose as a photographer: to capture unique moments in the wild and document habitual activities at the Okonjima Nature Reserve. Besides photographing at the AfriCat Carnivore Care Center and PAWS (People and Wildlife Solutions), I was also privileged to visit the Okonjima Perivoli Country School to depict their conservation program.

A particular memory that will remain with me forever is the night I embarked on a mission with the AfriCat field team. Our goal was to monitor the vitals on a brown hyena. I was awestruck, as the beautiful wild animal slept on my feet in the back of our truck. Excitement, fear and adrenaline ran through my veins. To this day, it remains one of the most memorable experience of my life.

BILD OBEN: Biologist Sarah Edwards checking the vitals of a brown hyena during a night mission in the Okonjima Nature Reserve. | © Romain Charrier

My encounter with two young leopard cubs was another dream come true. As the sun was setting, we encountered a leopardess in the bush. Shortly after, her two little ones peeked their heads through the thicket. We spent the evening observing them, mesmerized by their innocent look and absorbed in the moment.

In spite of the hard work that the team and I were subjected to on a daily basis, collaborating with devoted, knowledgeable and committed individuals was one of the greatest gifts I could have asked for. It was during the breathtaking encounters in the field that I experienced their undying passion for conservation and understood how precious wildlife is. More importantly, I learned how important acquiring knowledge about wildlife is, in order to be able to protect them.

BILD OBEN: Leopards spend most of their time resting, camouflaged in thick bush or in the trees. Here, a leopardess offered me a beautiful eye-to-eye glance that I succeeded in immortalizing. | © Romain Charrier

BILD OBEN: A young leopard cub emerges out of the thick bush during a beautiful day in the wild. The curiosity of the young ones leads them to take measured risks, as their mother is never far away, even if sometimes she might appear to be invisible. | © Romain Charrier

Numerous conservation challenges exist in Namibia. One of the biggest problems for big cat populations comprises the human-wildlife conflict. In fear of losing livestock due to predator attacks, farmers go to great lengths to protect their herds. As a result, carnivores are killed to reduce potential threats. Frequently, adult female cats come under fire while hunting for food to nourish their cubs. This results in a domino effect of tragic events. When a mother is killed, her cubs are abandoned – left to helplessly fend for themselves in the harsh wilderness.

At times, predators may also be captured by farmers. Predominantly, the latter comprises the cheetah, whose slimmer stature allows them to more easily be handled. While being a preferred alternative, capture and release cannot be applied to leopards and lions, which are too large for humans to handle. As a result, they are the most frequent victims of farmer killings. Since only professional conservationists can successfully rescue and rehabilitate a big cat, many cubs perish in the wild, unable to hunt and feed themselves.

BILD LINKS: Biologists, researchers and veterinarians working together on a cheetah intervention. After putting the animal to sleep, they can intervene with lots of care and proceed to check the animal vitals. | © Romain Charrier

BILD RECHTS: A little girl from a city school discovers the surroundings of the Okonjima Nature
Reserve. | © Romain Charrier

Besides human-wildlife conflicts, trophy hunting poses threat for precious Namibian wildlife. According to some, a well-regulated trophy hunting industry plays an important role in wildlife conservation. The latter guarantees immediate and long-term economic benefits for local communities. However, in my opinion, trophy hunting is an unethical and unsustainable practice. Besides eradicating big cat populations, it also affects endangered species, such as the black rhino and the African elephant.

In addition, illegal trafficking and poaching have devastating consequences for wildlife in Namibia. In some instances, the latter is a primary threat for species extinction. This is the case for the pangolin – most trafficked animal in the world.

Lastly, financial hardships and lack of funding for species protection also greatly affect its survival. In light of the Covid-19 pandemic, this has been the case for the AfriCat Foundation. With limited staff and resources, the continuation of veterinary care, research and environmental protection has been a challenge. Consequently, illegal trafficking and poaching have been on the rise.

BILD OBEN: Male cheetahs typically live in groups made up of other male siblings called coalitions, while female cheetahs tend to be solitary, apart from mating season. | © Romain Charrier

Finding Balance in the Natural World

Wildlife conservation is neither black nor white. As a nature lover and defender, the greatest takeaway from my experience at Okonjima is to remain objective in light of conservation challenges and hardships. Traditions and perspectives around the world vary. Therefore, it is important to understand the latter before taking action.

In my opinion, knowledge is crucial to protecting nature, raising awareness, educating, and encouraging positive global change for our planet. Photography is an important way to enhance all of these factors. While photographing wildlife in Namibia was a privilege, it was also a medium for me to expose the fragile and inequitable state of our natural world.

BILD LINKS: Evolution of the collars that are placed around the neck of the monitored animals (lions, leopards, cheetahs, etc.). | © Romain Charrier

BILD RECHTS: A guide gets out of his vehicle to track animals in the Namibian bush without interference. | © Romain Charrier

In Africa, almost all of the species are under threat of extinction. Moreover, in the past 30 years, we have lost close to 63% of our wildlife on Earth, according to the World Wildlife Fund. We all have a part to play in re-balancing our natural environment and establishing a harmony between humans and nature. This is what my journey in Namibia and the invaluable experiences have shown me. 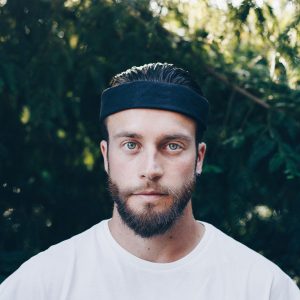 Romain is a nature and wildlife photographer based in France. Fascinated by the natural elements, he is guided by a strong desire to capture nature authentically. Primitive and wild things represent the essence of his work, which he depicts through photography and powerful stories. 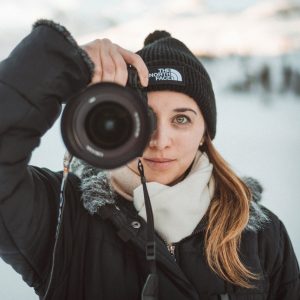 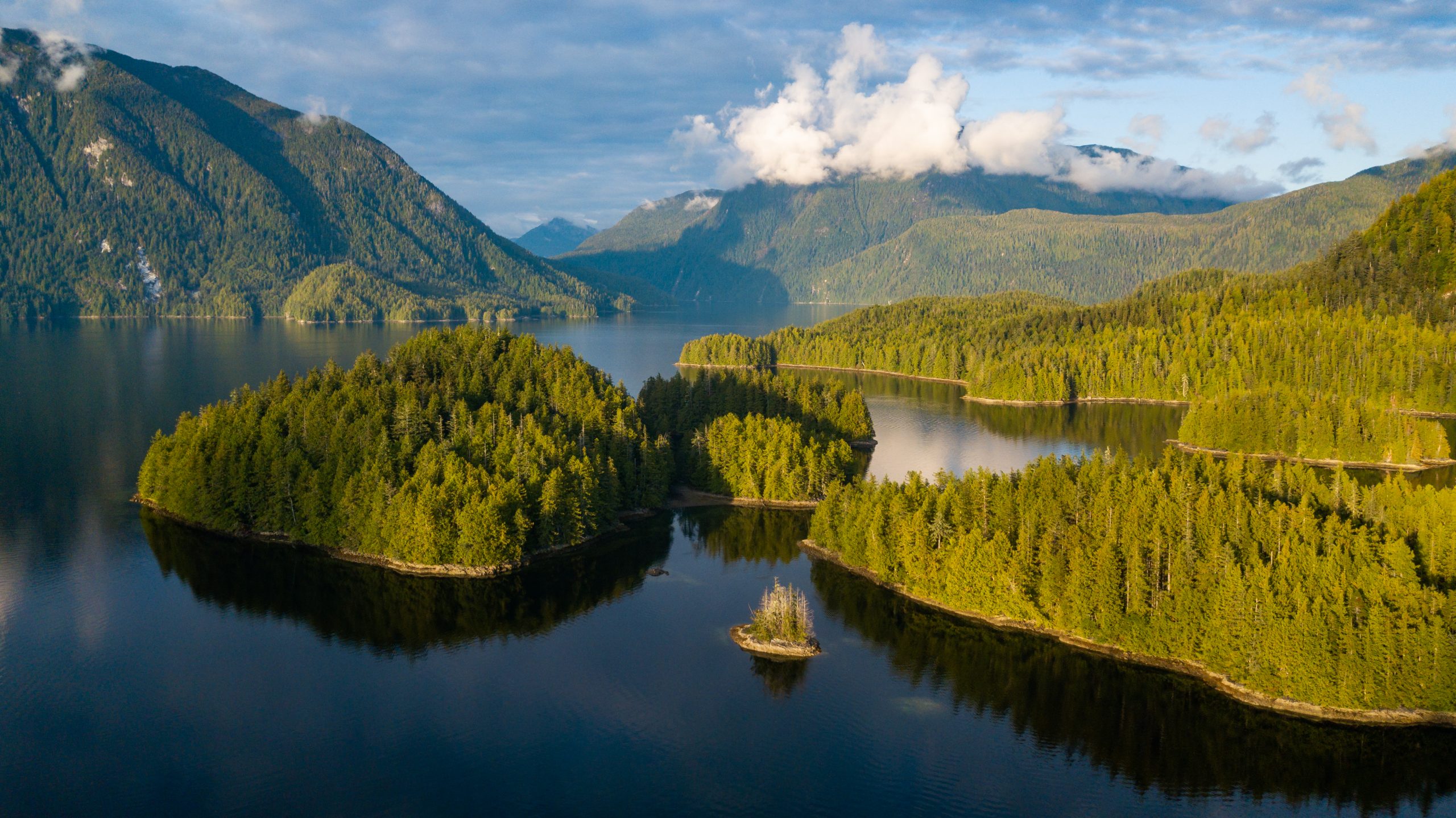 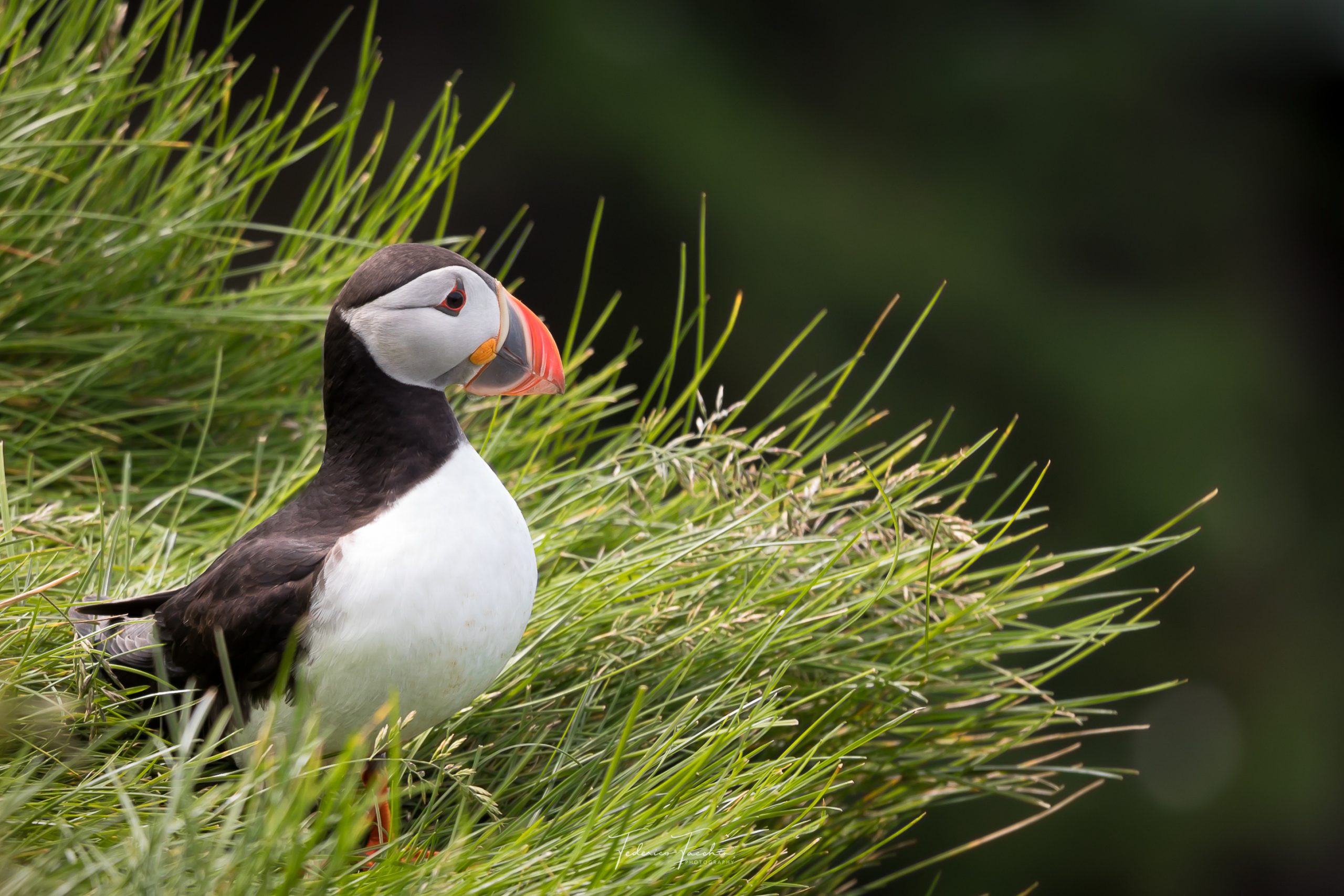 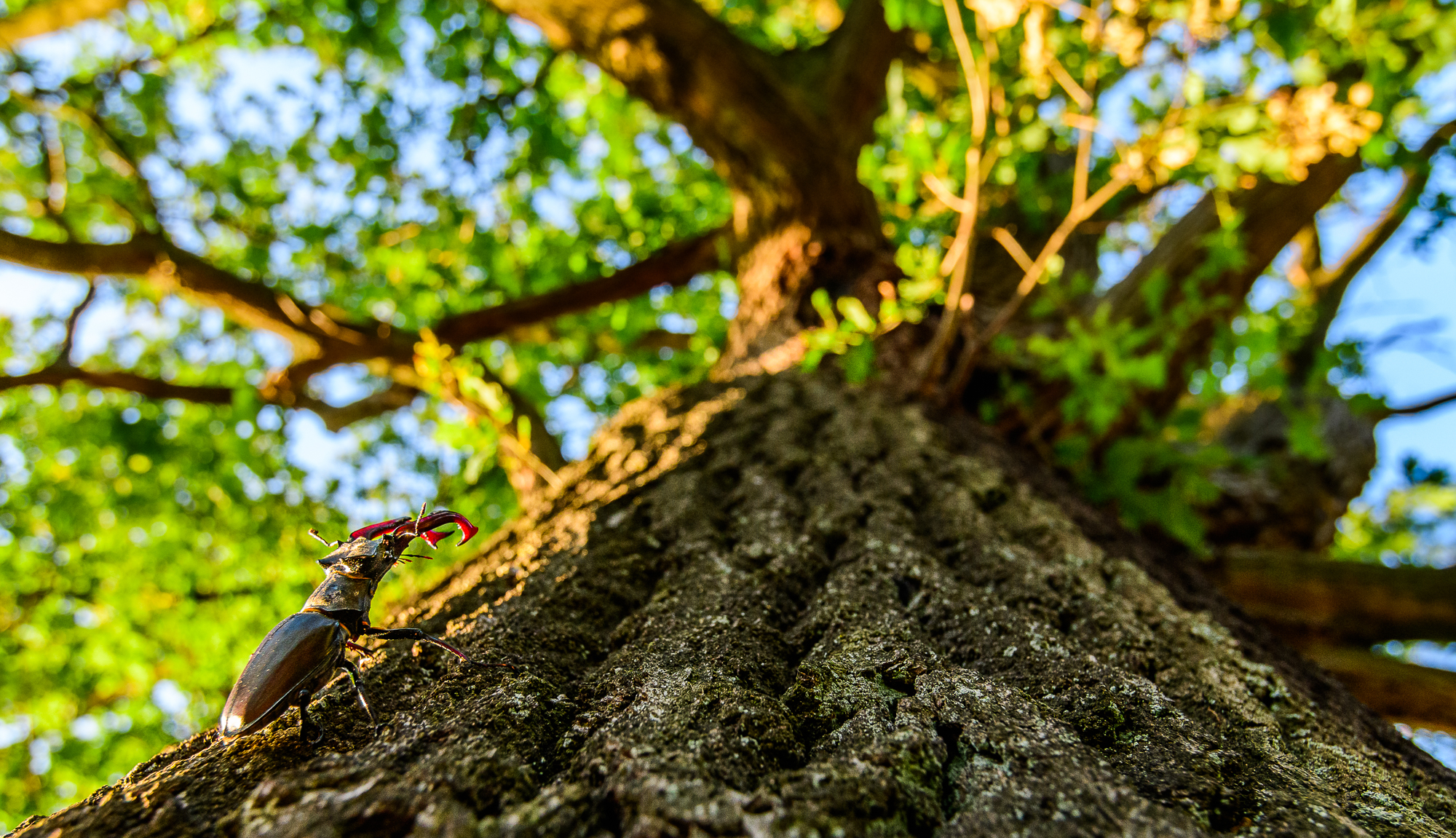